Have you ever seen those stiff upper-lipped types doing a spot of the old wine tasting malarkey? You know the form – sip, swill, spit. Yuck! Well this information has been written to help you understand the form should you ever find yourself in a situation where you need to know what to do. And don’t go thinking “I’ll never have to do any wine-tasting” because you just don’t know that for sure and the last thing you want is to be caught unaware.

So, on with the tasting…

Pick up your glass as elegantly as possible. There are two ways this can be done.

a) For chilled wines – hold the glass by the stem and don’t even touch the bowl.

b) For wine served at room temperature – pick up the glass by the bowl and hold it cupped in your palm, the stem between your middle two fingers.

Now that you have the glass comfortably in your hand, hold it at a slight angle against something white. If your hostess is worth her salt, she’ll have covered the table in white linen specifically for this purpose (although it does look nice, too).

Be careful not to tip the glass too far – unless you’re willing to replace an expensive linen tablecloth, that is. You may also need to adjust the distance from your eyes that the glass is held at. Most find that holding it at almost arm’s length is a good starting point although the very short sighted who are also absent minded enough to have left their eye glasses at home may find themselves having to hold the glass almost in front of their noses.

Once you’ve found the correct position, study the colour and clarity of the wine. Now you may well believe that wine’s either red, pink, or white but I’m afraid, if that’s the case, you’re very much mistaken. Wines can be green, yellow, gold, pink, purple, or even black. Evidently, the colour of the wine will indicate the type of grape it was made from – like me, you, and Jack on the street are likely to know that!

Clarity indicates age. Young wines are more see through and cloudiness can mean there’s something wrong. If that’s the case, I’d suggest putting it back on the table and giving your hostess once of those ‘down your nose’ type looks.

No, we’re not talking about the bunch of flowers a bride carries with her down the aisle, we’re talking the smell of wine. Sometimes, if the people at the wine tasting are really posh, they might call it ‘The Nose’.

Still holding your glass in the correct manner, lower your hand somewhat whilst bring your glass to a level position and rotate your wrist so that the wine swirls gently within the bowl. You might want to leave these instructions at this point to go to the kitchen and practise this step with a wineglass half filled with water. After all, it’s just as well to know for sure that you aren’t going to spill expensive red wine over your hostess’s spanking new Axminster.

The idea behind all this swilling is to bring the wine’s aroma out of the wine itself and into the empty part of the bowl thus allowing it to be smelled and savoured. This is why wine glasses are bulbous. The wide bowl has ample room for swilling while the narrow edge ‘captures’ the bouquet. Clever, eh?

Move your glass to your nose as elegantly as you’re able and bring it in slightly beneath the tip. Inhale deeply. Savour for a few moments and then inhale again. It’s a good idea to exhale between those two inhalations or you might find yourself going dizzy. Do it too often and you’ll faint.

You may now move your glass away from your nose.

At this point, it’s appropriate to make some kind of comment. Don’t imagine you’ll fool anybody into believing you’re an expert but at least you can make it sound as if you’ve actually drunk a glass of decent wine before. Why should the other guests need to know that most of your wine costs £3.99 at the Co-Op?

Something like “mmmm, rich and fruity” or “oooh, lovely and light” will probably do the trick. When talking about red wine, ‘rich’ is usually a good word to use – if the wine’s white, go for ‘light’.

You’ve probably been looking forward to this bit but whatever you do, remember that wine tasting is about taking small sips and not guzzle it down like there’s no tomorrow.

This bit’s actually trickier than you’d expect so you might want to do some more practising.

Bring your glass to your lips, open them slightly and take a small sip. Now close you mouth and roll the wine around on your tongue for a few seconds before allowing it to slide slowly down your throat AND AT THE SAME TIME EXHALE!

The trouble with exhaling whilst swallowing is that some of the liquid might come shooting through your nostrils. Not a pretty sight and, again, think of the Axminster!

If you fancy, you can always take a second sip at this point but never a third. No matter how good that one particular wine is, it’s time to move on to the next.

Other Stuff Worth Knowing

Apart from bottles and glasses, the table will probably hold plates of cheese or, occasionally, sherbet. They’re not there to snack on; they’re used between wines to clean out the taste of the last wine you tasted. Just a little at a time is all that’s needed. Do like a mouse and nibble!

Wear something comfortable and preferably something that doesn’t carry a designer label. After all, if you spill red wine down the front of your best frock, you’re not going to be happy, are you?

That’s it. You’re now clued up enough to pop along to your very first wine tasting party without making a complete idiot of yourself. 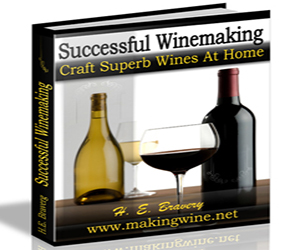